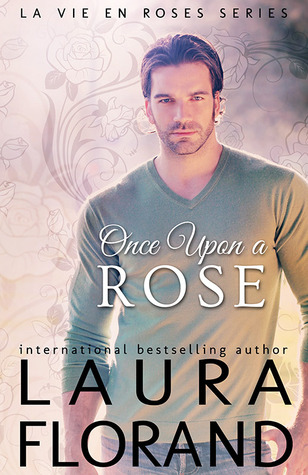 One sometimes needs a palate cleanser. If that one is me, that is almost always a Romance novel. I am one of the millions of people who read, enjoy, and think about the genre, its tropes, and look forward to the reliability of a happy ending. (With the exception of a few descriptors I am amazingly average Romance reader.)

The world around us is falling apart quicker than we can patch the cracks. Sometimes we need to refuel with a guarantee.

I finished this book almost a week ago and have sat on the review. Why? Well, as I was finishing it up the New York Times, the paper of record, decided that the best idea it had was to let an octogenarian – who has a real strange way of showing “appreciation” for the genre – do a roundup of the Season’s Romance offerings. Emmalita has already covered much of that debacle (as did Book Riot’s Amanda Diehl in a piece you should read), and bless her for it, because I was tempted to nope right out of the article when I realized the first book he mentioned, Julia Quinn’s The Duke and I, was published in 2000. Yes you read that right, a book published 17 years ago lead off the seasonal roundup (look, I really liked that book even with THE ISSUE, but you have got to be kidding me with this).

But I did keep reading, and becoming more and more infuriated by the second class citizen nature of Gottlieb’s article, which showed his great misunderstanding of the state of the genre, and diminished the phenomenal work done by so many. I thought I would have a few things to say to Mr. Gottlieb in my review of the perfectly adequate but not earth shattering Once Upon a Rose by Laura Florand, and then move on. BUT THEN I SAW THAT THE NEW YORK TIMES DOUBLED DOWN ON GOTTLIEB’S ARTICLE WITH THEIR RESPONSE FROM THE BOOKS DESK. This time Radhika Jones gets to be dismissive to the Romance reader, pointing out quite clearly for us that a critic has a different role than a fan. Well, color me shocked that the expectation of and reaction to complaints about the choices made by Gottlieb, who Jones calls “a voracious reader of contemporary romance”, as he time after time diminished the agency of women and suppressed the writing of modern authors by instead flaunting half arsed praise on authors a half century dead.  A truly voracious reader of contemporary romance would be familiar with the feminist writing happening, of the brilliance of Courtney Milan, and dare not step to tell me that E.L. James is “no better or worse a writer than most of her compeers”. Are you kidding me? Salman Rushdie and I apparently agree, and I want Mr. Gottlieb to bow at the altar of Lisa Kleypas and say that with a straight fucking face. Hell, one of my most enjoyable reading experiences of the year was a duology written specifically to prove that the idea James was after could actually be well written.

What does all of this have to do with Florand’s book other than the happenstance of being read by me at the same time? Everything. Florand is one of a pack of contemporary Romance writers who is playing with tropes, deconstructing classic story structure, and not being afraid to be light and frothy. She is also doing this while writing well crafted and fully fleshed out characters in evocative settings with more emotional landscape than sexytimes (by the way Mr. Gottlieb, I may prefer to read my smut, but that’s not the reason why I’m reading this genre).

I’ve rated this book 3.5 stars because it does commit one of my least favorite Romancelandia crimes: instalove (seriously, it’s about 30 hours and it read as too fast. All I’m asking for is a few days here, c’mon), but I will be returning to the land of Florand very soon: if only for the pun of giving the rose growing family the last name of Rosier.