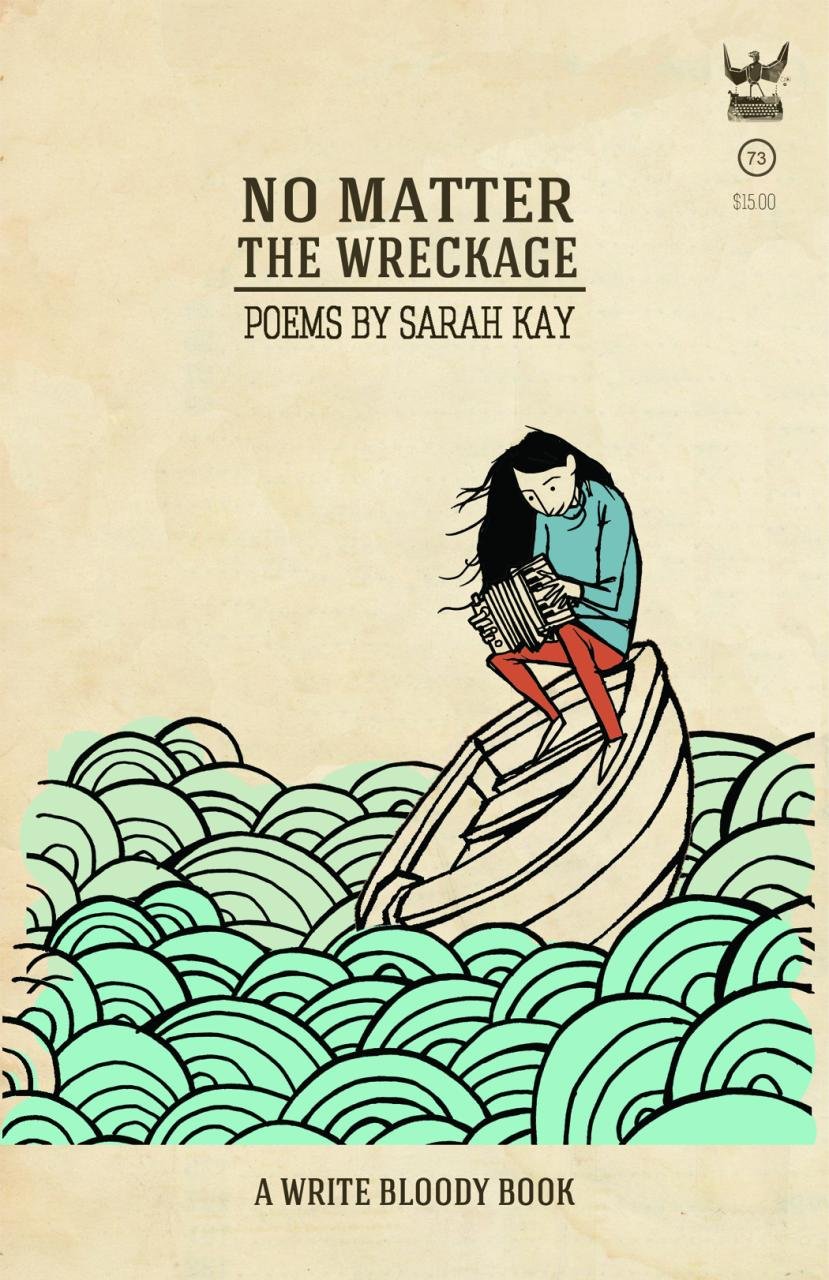 I struggle with poetry. Reading it never has the same effect as listening to it, even when I read it aloud to myself. But, since April is National Poetry Month I thought I’d give it another shot. In an example of past me having current me’s back, one of the books I picked out for last year’s Read Harder challenge that I never got to was No Matter the Wreckage by Sarah Kay and it is a book of poems. I don’t know how I either a) hadn’t noticed or b) forgot that it was, because I was downright surprised when I was going through my shelves prepping April’s reading list to discover that I could knock off two birds with one slim volume.

The other bit of good fortune? I was already familiar with Sarah Kay’s work and didn’t know. I had seen her spoken word performances over the years and loved them. Spoken word is really much more my speed, so reading a collection based out of that practice made these poems so much more accessible to me, and I can’t quite put my finger on why. There’s something to the freeform nature of her work, of the way in which it is subject driven, a lot like Neruda’s Odes to Opposites, which helped my brain hold on.

Not that every poem in the collection is a knockout for me. I did dog ear (it’s my copy I purchased from an independent publisher, I can do what I want!) a few poems to come back to because they hit me in my feels. I don’t know that I’m doing a great job of selling you on this book, but in his pre-Hamilton days Lin-Manuel Miranda gave her a pull quote for the back cover (!) which reads in part “In this collection she will give you moments so intimate and beautifully rendered you will come to know them as your own.” 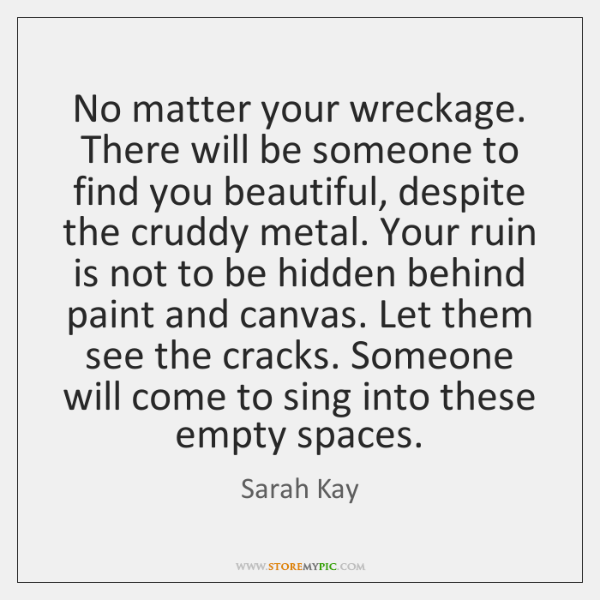 Not bad at all for a fellow I.B. kid.

But that doesn’t make me want to face it any more than I already have to in my life. I have had this book on my to read list since it was published in 2015.However I didn’t read it then, instead I picked up Into Thin Air to get a taste of Krakauer’s style before jumping into the deep end so to speak.  I have comments across many Cannonball Read reviews of this book saying that I’m going to tackle it in the coming months, and each time I found an excuse to put if off a few more months, until three years elapsed and I could no longer justify to myself not picking up Missoula.

Research shows that the vast majority of rapes will be committed by someone who is known to the victim, and likely someone they trust. On top of that, the person will be trusted because there is no single, reliable way to identify a rapist until they have committed an act of sexual violence. Rapists generally have no sense that their actions do in fact qualify them as a rapist and imagine some other, larger, scarier boogeyman – some “other”- as the true danger without realizing that the behavior they accept as “normal” based on our culture is in fact, not. Our society raises sexually aggressive men and shrouds them in the cover of “boys will be boys”.

In Missoula, Jon Krakauer follows several rape victims and recounts their stories from rape to prosecution in order to illustrate how our justice and educational systems are broken, and how it is affecting rape victims, their families, and ultimately, perpetuating a culture that shelters the rapists, who statistically will almost all go on to assault again. It is upsetting*, rage-inducing stuff. It is also important reading.

*I do not suggest this book for someone who has experienced sexual trauma or is suffering from PTSD. I do suggest it for absolutely everyone else.

Krakauer is an astounding writer; he brings a non-biased accounting that leaves no doubt as to the severe, life-altering consequences for the victims as they pursue their quests for justice. Meticulous research serves as the backbone of this book and Krakauer’s forthright style is the perfect fit for examining the testimony and transcripts that make up the evidence in the highlighted cases. Krakauer does very little editorializing, because the documents speak for themselves. Importantly he chose Missoula because there was a paper trail he could base the book on and held himself to a three person corroboration threshold for including things in the book. There is so much more that didn’t make the book because he didn’t have the third person, and didn’t feel comfortable reporting without it.

Here is the new thing I learned, the thing I did not properly understand and that leaves me infuriated (not that most of the information in this book didn’t leave me infuriated and necessitate that I take a step away from the book every so often) is that across this country prosecutors are declining to prosecute cases referred to them by police departments in staggering numbers. In Missoula during the window in which they were being investigated by the Department of Justice, January 2008 to April 2012, 114 reports of sexual assault of adult women were referred by the Missoula Police Department to the Missoula County Attorney’s office. Of those only 14 were filed by the County Attorney for prosecution. FOURTEEN. The police found probable cause to pursue a case following an investigation for 114 cases and the County Attorney’s office agreed approximately 12% of the time. Twelve percent. The DOJ found 350 reported sexual assaults from January 2008 to May 2012, and the 236 were not referred not because they were found to be false or specious, but rather the vast, vast majority were not pursued because there was too little evidence for the police to determine probable cause. Taken at that level only 4% of all sexual assaults even made it to court.

The story of Missoula is in many ways the story of the average American city, its stats line up with the national average, and all of that should upset us greatly. I don’t know exactly how to end this review, as I am well and truly in my emotions about this book. Perhaps that is the best response I can give it at this time.

As I mentioned last review of The Duchess Deal, I love Tessa Dare books so it shouldn’t be all that surprising that I went ahead and picked up where I left off with A Week to be Wicked once I retrieved it. My quick review of this one is another five star Dare outing, these two back to back really highlight the parts of Dare’s craft that make these the fun, enjoyable, and downright witty reads I’ve come to hope for from her.

To me, Dare’s writing breaks down into a pretty clear set of standards:

And with all of that we have a sincerely winning combination of components.

In this, the second book in the Spindle Cove series, Dare gives us one of my favorite of her leading ladies, Minerva Highwood. Minerva is the intelligent catch as an early geologist who is determined to make it to a Geological Symposium in Edinburgh to present her findings. Colin is the middling good at everything one, and obviously not as intelligent as Minerva (and the best part is that he knows it, and relishes in her brilliant mind). It’s energizing to read a romance where the man is not some infallible savior come into rescue the heroine- Colin gives it his best, but as he brings up time and again his best intentions go to hell and he doesn’t always manage to do what he says he will. As the reader, we watch a relationship grow, not just a physical attraction (not that it is lacking) and it feels much more realistic and emotionally satisfying than other romances often are.

I’m all about Tessa Dare lately, and for good reason. One word of caution though, Dare writes what I lovingly refer to as Historical Fantasy Romance. There is *some* historically accurate threads that Dare uses to weave her tapestry, but they are very thin and often bent to suit her wants.

I did some traveling over the Easter holiday weekend and left the Tessa Dare book I was reading the week before at Ale’s house post snow storm. Not a problem – I have a nook full of other books in need of reading so I went ahead and pulled up another Dare, The Duchess Deal.

I had this one lined up and ready to go for two reasons: 1. I really love Tessa Dare books, and 2. this was nearly universally claimed as one of the few highlights of the 2017 publishing year for Romance by our Cannonball Romance Readers. So of course I purchased it immediately. The only drawback? I have a few months to wait until the next in the series, this terrible waiting is why I normally don’t start a series until later in the publishing order.

So what makes this one so good? Dare’s cleverness in wordplay and character development without some of her worst over the top tropes (no strange pets, just a regular old cat named Britches), a truly sardonic wit, and a bit of poking at modern social commentary right down to the use of the “she was warned…” speech which has inspired so many of us to adopt “nevertheless, she persisted” as our own battle cry.

The elevator pitch of this book is right in line with classic Dare: a disfigured Duke (literally half of his body covered in terrible scars from an explosion) needs an heir so he proposes marriage to the first convenient woman to meet his requirements (which are quite low), and the seamstress who was to have sewn his former fiancé’s wedding gown and is demanding payment marches in and takes his money but refuses his proposal. We are off to the races for a marriage of convenience plot (with ridiculous rules!) with a truly forbidding hero and plucky heroine.

I know I haven’t said much, but if Dare has ever done it for you, this book will probably hit all the right notes for you. Only four more months until the next one is published…

This book was read and reviewed as part of the charitable Cannonball Read, where we read what we want, review it how we see fit (with a few guidelines), and raise money in the name of a fallen friend for the American Cancer Society.