I often avoid reviewing a Book Club book before our discussion to save what I have to say until the conversation, or because I’m not sure what I want to say and am hoping the discussion will help clarify it for me. When I do review ahead of time I find myself leaving amorphous reviews without much substance, reviews that I look back on and think, but what did I really get out of that reading experience?

I’m hoping not to fall into either camp with Good Omens. I’ve read a bit of both Pratchett and Gaiman’s solo works and on the whole am a fan of both, so when the time came around to read this book I wasn’t worried about liking it, and my faith in my understanding of the writers’ styles and my affection for them wasn’t misplaced. I did enjoy this book. I enjoyed it even as I clocked the things about it that I didn’t like, that show just how far both these authors grew, and how our understanding about how to exist in the world without doing harm to others has grown.

I love a story of friendship, a narrative built around an adventure that isn’t just the hero’s journey (lord save me from pointless hero’s journey tales) and Good Omens delivers on that in spades. Its also a very telling satire on the human condition and how we interact with the larger forces of the universe, however we choose to define them. Its far from perfect, and I’m sure we’ll get into that in a few days during the #CannonBookClub discussion, but for right now I’m just going to luxuriate in the fact that the book exists at all as a testament to friendship, both on the page and behind it.

This book was read and reviewed (and book club mavened) as part of the chartiable Cannonball Read, where we read what we want, review it how we see fit (within a few guidelines), and raise money for the American Cancer Society.

When crystalclear reviewed Lobster is the Best Medicine, she suggested passing along this book about friendship to your friends. I am lucky enough to call her friend – and I am the same friend who moved recently and had the naked refrigerator in need of fun Liz Climo magnets – so when she was over my house the other night she handed me this book and I immediately blew through it.

Reviewing this one is a bit tough, as it is very straightforward in its purpose. If you aren’t familiar with Liz Climo’s art, and I hope you are because it is delightful, it is set up in two panel “set ‘em up, knock ‘em down” jokes with clean backgrounds and simple but evocative illustrations. Climo has centered this collection around friendship and trots out her usual suspect characters, and highlights the similarities and differences amongst the animals to find resonate humor about our relationships. The panels are as simple as their base level and can be viewed simply for a quick pick me up, but they also speak softly and intentionally about the power and value of friendship. These quick comics are more often than not highlighting how the ways in which we care for each other are the glue that holds the whole darn thing together.

Why am I placing so much value on the meaning behind the comics, which Climo spells out in her introduction? Because I believe wholeheartedly in the message it sends. Love your people, love them well, and make sure they have had a smile today. And who wouldn’t love a rabbit who makes sure a bear has pizza for dinner instead of carrots? 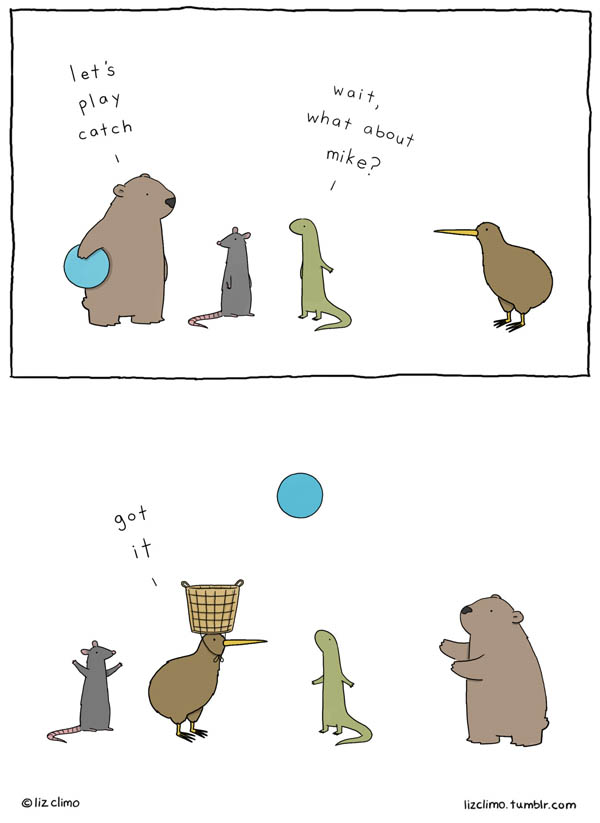 This book was read and reviewed as part of the charitable Cannonball Read. We read what we want, review how we want (with a few guidelines), and raise money for the American Cancer Society in the name of a fallen friend.

Shotgun Lovesongs caught my eye a few months ago while I was perusing my local bookstore. The book flap synopsis sold me:

“It’s a place like hundreds of others, nothing special, really. But for four friends – all born and raised in this small Wisconsin town – it is home. And now they are men, coming into their own or struggling to do so. One of them never left, still working the family farm that has been tilled for generations. But others felt the need to move on, with varying degrees of success. One trades commodities, another took to the rodeo circuit, and one of them even hit it big as a rock star. And then there’s Beth, a woman who has meant something special in each of their lives. Now all four are brought together for a wedding. Little Wing seems even smaller than before. While lifelong bonds are still strong, there are stresses – among the friends, between husbands and wives. There will be heartbreak, but there will also be hope, healing, even heroism as these memorable people learn the true meaning of adult friendship and love.”

Butler tells us this story through the voices of a group of friends. Each chapter is designated by the first initial of that character and the reader experiences the forward momentum of the story from their perspective, while also being given insight to the events of the past. Perhaps my favorite part of this construction is that we often hear about the same event from multiple perspectives, giving the elusive hint of truth.

But truth, and to an extent loyalty and trust, are the through lines of the narrative. Through much of the early part of the book, I was convinced this was merely a character study, without much of a plot. And perhaps that’s why it took me quite a while to get through it (Goodreads tells me I spent 2 weeks with this book which barely clocks in over 300 pages). But the plot is centered so heavily on what builds a friendship, what destroys it, and how it can be repaired that it felt like nothing was really happening, but everything was happening at the same time.

Nikolas Butler’s first novel is a statement. It’s bold, but not overblown. And for that reason alone, I suggest you read it, I may be giving it 3 stars here, but it’s really a 3.5 book that I just couldn’t quite find my way to giving a 4. Even though it had the following quote:

“America, I think, is about poor people playing music and poor people sharing food and poor people dancing, even when everything else in their life is so desperate, and so dismal that it doesn’t seem there should be any room for any music, any extra food, or any extra energy for dancing.