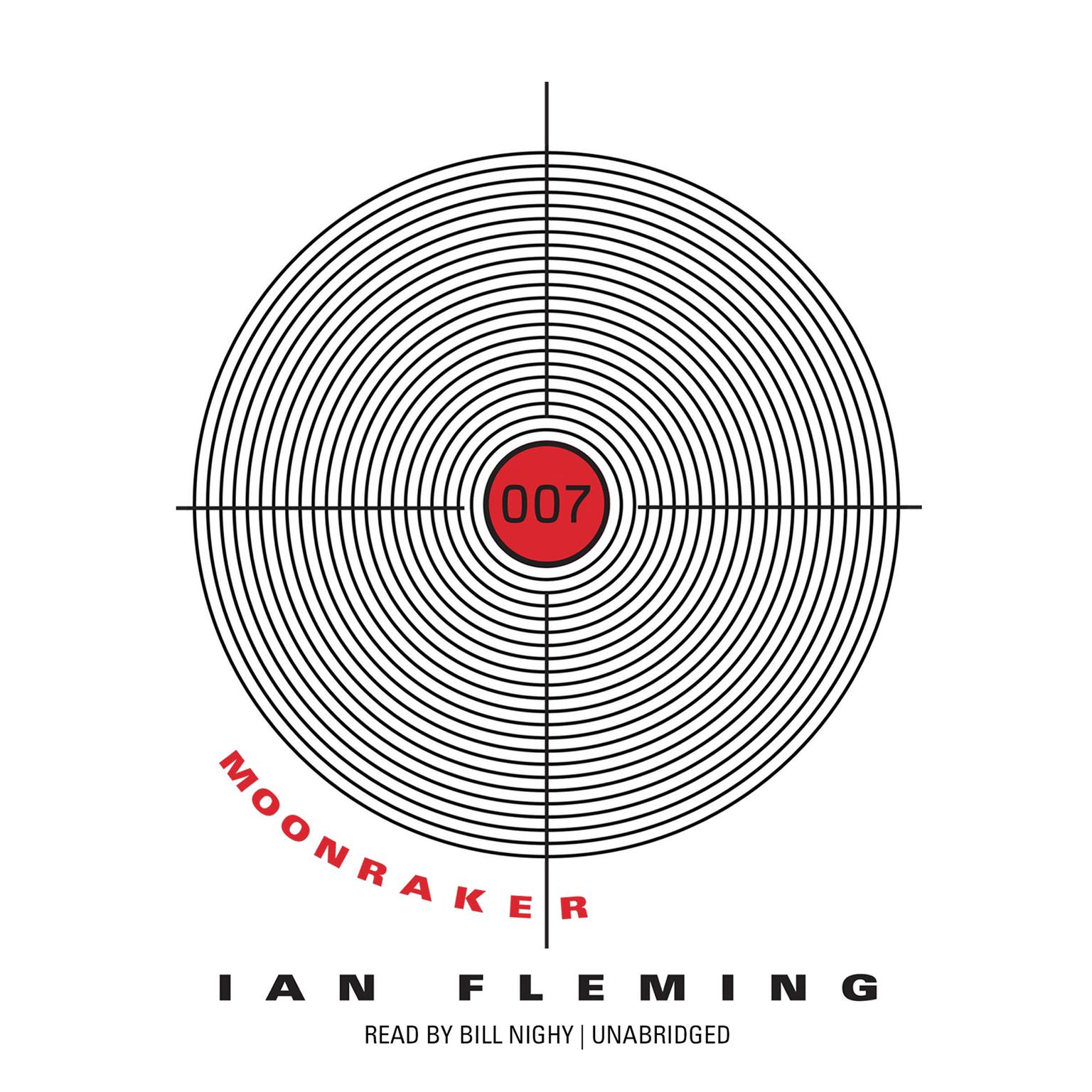 It would appear that I am in the minority as regards my opinions regarding Moonraker, the third James Bond novel by Sir Ian Fleming.

I didn’t much enjoy it.

Moonraker is back to the three-act structure we found in Casino Royale, and the three acts are decidedly similar. Act one is background knowledge via gambling, act two is the discovery of the mission and its true scope, act three is the part where Bond makes his moves and recovers from the physical cost of the mission (Fleming should be commended for not flinching from the realities of the physical suffering).

There are people, and people I trust (Cannonball Read’s own Halbs!), who rank this book as “the platonic ideal of a Bond novel”. In fairness, I see their arguments, I respect their arguments, but I simply do not agree that the final product should rank anything above three stars.

Arguments in favor of this book are usually based around these points. I have opinions:

I’m listening to these, so some of Fleming’s wordcraft hits me differently, but my goodness Bill Nighy might be the best match yet to voice to Bond. Even when the story was loosing my interest Nighy’s voice pulled me back in.

Also, it should be noted I am a fan of the complete ridiculousness that is the movie version of Moonraker. What can I say, I love Jaws and ridiculous Roger Moore as Bond action. You can judge for yourself whether to trust my opinions.

This book was read and reviewed as part of the charitable Cannonball Read. We read books and write reviews in order to say fuck you to cancer. Join us, won’t you? 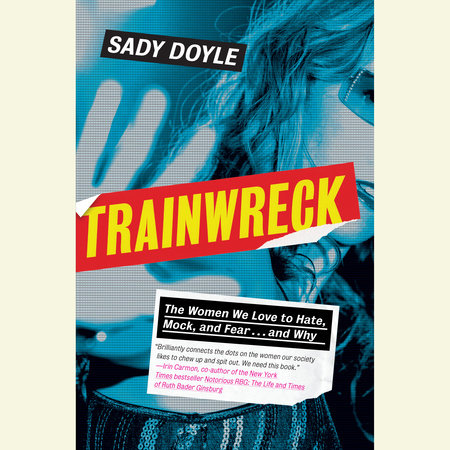 I’m rating this one 5 stars not because it’s perfect (although I feel it is pretty close) but instead because it is perfect for right now. In Trainwreck, Sady Doyle unpacks the ways that society judges women who dare to live too big a life and how historically “too big a life” has been pretty darn small.

I was already in an angry feminist headspace last November when I read badkittyuno’s review and her description of the book as a journey through the cycle of trainwrecks in modern pop culture and the stories of the historic trainwrecks who came before sounded right up my alley. When I finished All the Single Ladies and We Should All Be Feminists at the end of last year I decided to add more feminist reading to my list, and Trainwreck moved to the head of the line.

Badkittyuno was exactly right; Doyle’s style of writing will make you angry at how we treat women, and how we always have. But, the tone of the book isn’t “look at all these terrible things that others have done to women” its “look at how our societies have been built to bring down women”. It is a distinction, which is important, and changes this book from what could have been an angry rant into a well-paced, well-spoken examining of culture. The women she chooses to highlight, from Mary Wollstonecraft to Billie Holiday to Britney Spears (the ultimate modern trainwreck), are perfectly encapsulated and Doyle makes sure to highlight that almost all of these women have written for themselves. Doyle takes the time to point this out in order to tell us that we should go back to the source, as she should not be the end all be all of these women’s narratives.

I still believe the patriarchy harms everyone, and feminism aims to heal through equality of options and choice. However, it’s also incredibly important to realize what internalized messages we have all taken onboard and work to undo them. Trainwreck is a place to start, because recognizing the pattern means we can begin to undo it.

Even if you aren’t in an angry feminist mind space right now, this is still a funny, sharp-witted book and I would completely suggest making time for it in your reading diet.

I am not 100% sure how to rate or review this book so prepare yourselves for a bit of a ramble. I also don’t know why I decided to read Jenny Lawson’s second book before her first, Let’s Pretend This Never Happened. But, I had added Furiously Happy to my to read list, someone suggested the author narrated version since it has a bonus chapter, I have an audible subscription, and here we are.

I have depression, and usually I keep it on the ropes with skills I’ve accrued over the years at therapy and learning how my system works. One of the best ways to keep the monster at bay is to be honest about what is happening in your brain and finding community that can help you cope, and that’s how Cannonball Read has given me another way to battle back the monster: Jenny Lawson’s twitter feed. Most people who find themselves as one of Lawson’s weirdos read her blog, I am not good about remembering to go there but her twitter works for me in a big way.

Accordingly, while trying to decide what to read in February I remembered that I had picked up the audio version of Furiously Happy and decided to jump in even though I haven’t yet read Let’s Pretend This Never Happened. What I did not know was that Lawson is apparently much more open about her crazy in this book than she was in her first and I can only say – thank goodness she is so honest. I’ve wondered for a few years if I have some undiagnosed anxiety issues running around my system because some of my personality traits go beyond simple introvert status. With Lawson, I felt seen, heard, and supported: and she was just telling me about her life in funny ways.

Lawson battles the beast by living her life as furiously happy as she can to fight the other side of the pendulum. It’s a lifesaving idea for many and I’m thankful for the side benefits.

As a head’s up her next book, You Are Here: an Owner’s Manual for a Dangerous Mind comes out March 7, 2017.

This book was read and reviewed as part of the charitable Cannonball Read. Come have a look, there’s something for everyone.

It is hard to know how to review this book. I had planned to read this before Ms. Fisher passed away, but following her death it seemed somehow imperative to read it as soon as I could muster my strength to do so. It was time to say goodbye to Carrie, and to the character that defined her career.

However, the very structure of this book limits its possible impact; it exists at all because Fisher discovered the journals she kept during the filming of the original Star Wars. The first third of the book is an introduction to the juggernaut that is Star Wars, the middle is excerpts from Fisher’s diary – specifically the portions about her relationship with Harrison Ford, and the final section is her reckoning with the 40 year effects of Star Wars on her life, and how she is forever linked to Princess Leia, a character who looks quite a bit like her.

The passion of youth is in here, but also the love of wordplay. Fisher was a talented writer, which is never up for debate, but somehow I was left wanting more from the book than she was willing to give us about Leia, and that seems to be by design. Fisher always kept more of herself to herself and most of what the book covers she discussed previously in the interviews leading up to The Force Awakens.

She shares some of her thoughts and memories about the auditions, filming and subsequent fame of the original Star Wars, and it was certainly enjoyable to spend some time with her reminiscing about the experience. However, I was left with the feeling that she was still very carefully curating what she shared of the experience, keeping some things (even after admitting to the Carrison affair) to herself. To which I say, good for her. But maybe not good for the book.

Fisher was also blunt about what she termed “lap dances” the autograph signing events, which she attended later in her career to help with some cash flow issues. On one hand, I grasped entirely her point and have always felt strangely about the expectation of fans that actors/musicians/artists should be put in that position and be expected to enjoy it (says the introvert), but I didn’t like at all how she formulated the chapters. Fisher was one of the all-time best script doctors, and these chapters read more like script treatments than book chapters, and that made it hard for me to focus on the beauty of her word choice and phrasings.

As ArchaeoKelly said “I am so very grateful to her for being my Princess Leia and my General Organa, and my grown-up Carrie Fisher, with all her issues.  She has been so brutally honest.  She is a warrior”. Thank you Carrie, for one more book before you left us.

This book was read and reviewed as part of the charitable Cannonball Read. We’ve got over 500 reviews in the first month of 2017, certainly there’s a book review for you over on the site?